A Korean-American woman with flair, creativity and an extreme knack for writing. Today’s review is on her debut 2014 book “Floating Brilliant Gone.” 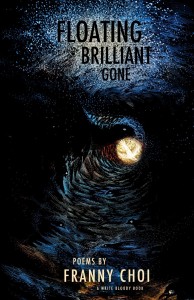 (And yes I know this review is quite late, but I only started to appreciate and properly discover poetry in 2016).

Anyways, I have selected 6 poems from her book that I really enjoyed and provided my own analysis of them. So let’s get into it!

Choi illustrates in her poem ­The Well, the immensity of loss from a detached third person perspective. She uses the metaphor of a well to describe how suffocating her life without her lover has become as it is now a “distant moon, a past life.” She highlights the dreariness of her loss as she has succumbed to the intoxicating and numbing effects of alcohol as she is no longer Franny Choi but “Dark-Drinker.” Choi ends this poem by personifying the night as an escape from her current life as she is “all open mouth asking for the night.” However, the night asks her to stay and “she stays.” These last lines stood out for me as it suggests that the night could be Choi’s inner-most thoughts and despite the temptation to leave this life behind and reconnect with her lover, she must resist and understand her present life and how her departure would impact those around her. 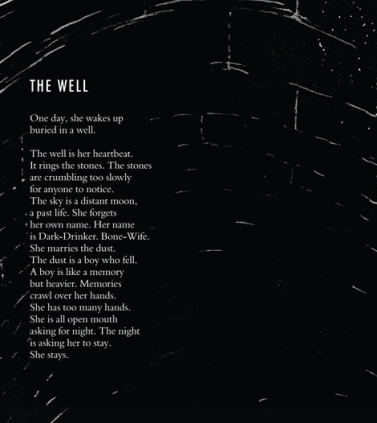 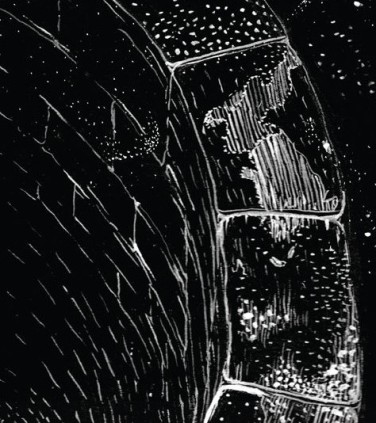 Simple, shocking and confronting. Choi doesn’t make use of fancy figurative language in this poem to describe her disbelief on hearing of her boyfriend’s passing, calling his mother “a liar” when she told her of the ordeal. She depicts that despite her conscious mind being unable to digest this horrific news, her subconscious resumes life in mourning as she “put up [her] hair and changed: black shirt, black pants” for a reading of her play. Choi emphasises her disbelief through irony as people say she “looked like a writer” dressed in black without understanding her subconscious motives of her colour choice.

The use of enjambment in the first two couplets also replicates how she can’t comprehend the situation and wants to runaway from it. However, the couplets thereafter become more punctuated suggesting that she must come to terms with this bitter reality. 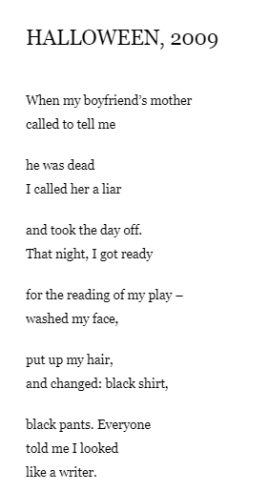 Hilarious, creative and thought-provoking. At first, I didn’t quite understand this poem but once I read and viewed it a couple times it will hit you. Choi reinvents Weezy F Baby’s song “Pussy Monster” from Tha Carter III (which also has one of my favourite songs by him “Mr Carter” check it out haha) by rearranging the lyrics to the song in order of frequency. By using semantic saturation and satire especially of the word “pussy” which is said an unsurprisingly 40 times, Choi highlights the sexism evident in society especially in the music industry.

You can watch her performing this poem (which I highly recommend) here.

This is one of my favourites from Floating Brilliant Gone. Choi emphasises the stereotypical nature of how Asian women are exoticized “brimming with foreign.” She describes how the man fantasises about her as he wants to “eat [her] out” as she is “red-light district stuck in [his] teeth.” However, Choi cleverly switches up his traditional fantasy in the end by gaining her revenge as after the ordeal he is left “squirming alive” as she is “strangling [him] quiet from the inside out.” Personally, these last lines left me conflicted with shock but somewhat satisfied as the man is left debilitated, but I guess he got what he deserved.

You can watch her performing this poem here.

An uplifting poem and a reminder to be present. I really enjoyed this piece as Choi reminds us of the simple yet delightful pleasures of driving with our loved ones as “blessed are the insides of wrists that wriggle into conversation.” She describes the drive as a “chrysalis in the cushions” depicting the state of comfort and peace she finds within her friends. However, the last lines really stand out as reminder to us that despite the circumstances we must continue the “ever-rhythm of live, live, live.”

Coherent, simple and only a sentence long. Choi highlights to us the cold truth that at times “we are all dutifully practising our deaths” and that both heaven and death are just fairy tales.

If you liked the review and would like to purchase the book, you can do so here.

Gone for a minute but I'm back kinda. Posted this on my personal a while back before I made this account but never here, so here it is. Also, I can't remember who said this but PSA 'materialism ain't love!'
In light of the bushfires happening across our country and the many lives that have been lost and the homes and structures that have been destroyed and the lack of empathy and ignorance displayed by the Liberal government, I find this poem by #rabindranathtagore even more relevant today! I pray that our government (namely #scomo) , realises that we must have minds that are 'led forward... into ever widening' and not lost by 'dead habit' before it's too late (if it isn't already). #australianbushfires #bushfiresaustralia #climateemergency #climatechangeisreal
Resolutions for anytime especially NOW thanks to @alokvmenon 🌱
Anyone else?
Never thought I'd post anything like this because I feared being judged. And you were the only one I'd ever properly rapped to but now man you're right. Fearing judgement, it's gonna hold ya back. This one's for you Nikhil! 💚 (link to full video in bio) #theworst #cover #jheneaiko
Okay I'm cryingggg 😂😂
%d bloggers like this: